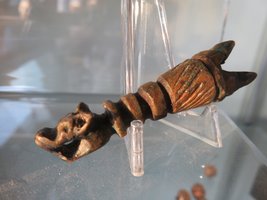 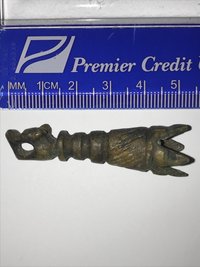 Drinking horn finals from the early medieval period are extremely rare. Let aside, those having an outspoken viking (or hybrid Anglo-)Scandinavian style as the example here published. This bronze example had been found near Lincoln in Lincolnshire, England.

The, complete, example seemingly having a simple form of decoration and casting, but, and here one recognizes the distinguished, and what it sets it apart from everything else, viking art, once again, zooming in, taking a closer look. The details are of an astonishing quality - and if I might say: force. Looking at the end of the final where one sees an animal face, a slight rotation of it unravels the intimate perspective looking at a wolves head. 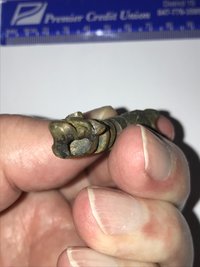 The form of the wolve head is in its design Anglo-Scandinavian, but has a more refined casting than the average Anglo-Scandinavan style, linking him directly towards the true Borre style. If we look on top of the head, the head transformates another kind of animal  head: that of a bear with rounded ears. Seen from a position when holding the final with the head to the right, the image almost becomes fierceful, dragon - or lion - like, like the head on the stern of a 'drakkar' ship. The different images of faces is a very feature of the art of the vikings. From every angle another new image unfolds. 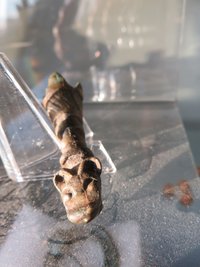 I'm researching if similarlike type of drinking horn finals are known, either from England or outside. In the Portable Antiques Scheme, no similarlike examples are known until now, let aside, types wich even vaguely coming near a true viking or (Anglo-)Scandinavian origin for style and decoration. A lot of types are typologized as Anglo-Saxon, medieval, a few with romanesque features, and some from the Roman or Iron Age. But literally no one from the Viking Age. A vaguely similar but more decorated example, found in Scotland, can be seen on Pinterest.

Carol Neuman de Vegvar, living in the United States, once visited me studying another drinking horn final, of presumably Irish or Anglo-Scandinavian origin, considering its seize and decoration. She is working on an overall publication o early medieval drinking horn finals. I have asked here if she ever came across a similarlike type like the one discussed here.

I was wondering how such a finial would have been attached towards the drinking horn. First, possibly naivly, thinking of something like glue, the curator of museum Dorestad pointed out to me that very likely the finial was made to fit the horn, instead of the other way around. The triangular endings would have been bend and entangled on the ending of the horn.

All in all I am very lucke for having aquired a third drinking horn final of the early medieval period. The third one can be seen here. 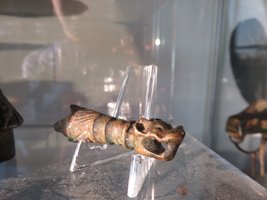 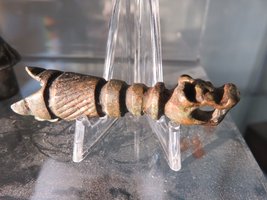 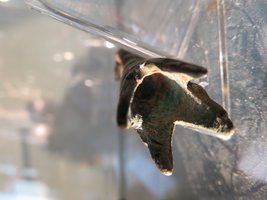 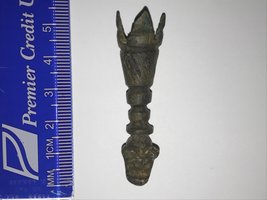 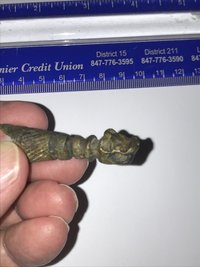 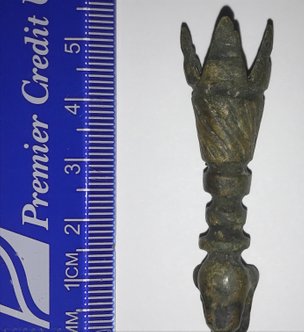