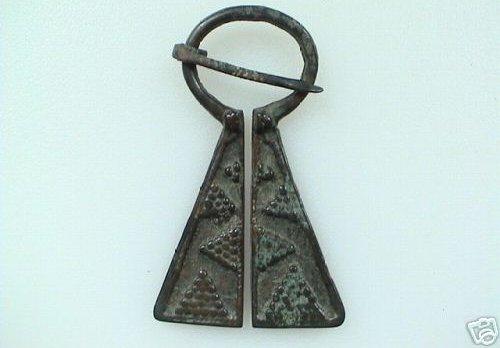 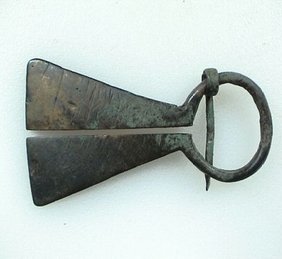 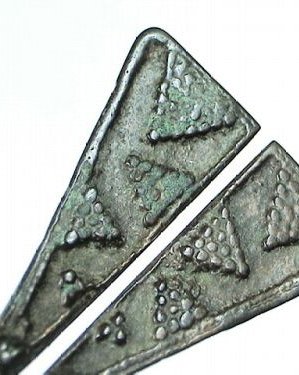 A 'Baltic viking' fibula brooch and what it turned out to be.

It must have been in 2006 that I bought this brooch on Ebay. What did I know? It was found 'near Lake Ladoga', that mysterious - till this date to me - place in the far wild in northwestern Russia. Some 15 years afterwards, someone on www.academia.edu pointed out to me that these type of brooches aren't 'Baltic' let alone 'Viking' at all.

There is an very interesting article on http://www.medieval-baltic.us/syulgam.pdf named “The mysterious “Omega” brooches”. Within is stated that ‘Finds from the Staraya Ladoga in the early medieval period, even when carefully excavated, ‘are problematic to determine the origins of the deceased’. Of course, the person who sold this brooch on Ebay might have an idea of it being of Viking (better: Scandinavian) origin as tot he triangular dotted elements involved and artificially familiar with the history of the area, thinking that all objects being found around Staraya Ladoga are from Viking origin.

The style of the jewellry, already found over a century ago, point to an origin far tot he south in the modern-day republic of Mordovia.

The so called ‘granulated’ style is dated earliest tot the 13th century, latest tot the 16th century. So, centuries beyond the Viking period. These articles encourages me to persist in my message to be cautious and self researching when an object is described as Viking. It is still being sold as so, in origin or as a copy to re-enactors.

Although its categorizing under 'artefacts with a decoration and/or art style wich are found among the Slavs, Balts-Finns and Finno-Ugrian tribes in the time the vikings lived' is obsolete and wrong at all, I let this page excist, enabling visitors of this website to read this and get to know the proper origin and date for these kind of brooches, wich are 'all over the place' still are being sold as 'viking'. (Thomas Kamphuis, July 28th 2021). 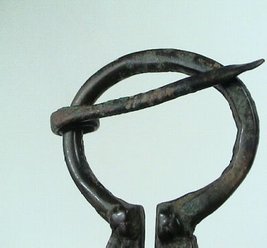